Top of the morning and quite a day in DC, good friends are out for equal rights of our brothers and sisters of differing sexual persuasion, orientation, it is a good day for those with compassion for LGBTQ friends – but who needs labels ne way.

I was partially raised by a gay godfather, DJ, back in New Mexico, a plains Indian godfather as well.  Both of these I am proud of. Without him I would have been a spoiled little brat, I remember him slaping me once as a 6 year old, something my parents would never do, and telling me to “quit your winin!”  He always made people laugh their asses off, and would tickle me to death with “THU CLAW” … something every kid knows is a hillarious and scary ass game, but with DJ it was delightfully worse in both ways because he had once shot off his middle finger while hunting birds back in NM, and he had a totally haphazard surgury that left him with this absurdly ugly hand.  He had a sense of humor that lit up God’s kingdom.

When I was 13, I will never forget the moment when my Mom picked me up with the news, DJ had been murdured.  Brutally.  He was stabbed 50+ times with a shank in his own back yard, by a man I saw once in a court room.. it was a “hate crime.”

In honor of DJ I commend the friends out there today, who our out in compassion, and have a little bit of fact to share today.  It says nowhere in the US Constitution that the Federal government has any right to say who and who cannot get married.

Separation of Church and State, or FREEDOM OF RELIGION.  How bout – yo Fed get the hell out of my God blessed church!  And yo!  I’m an American, I don’t got no damn right in hell to tell someone else how to run their church, unless it’s impeding on my responsibility to run my own.

Last brutal thoughts – I love my brothers and sisters fighting for equality.  In my faith we respect freedom of worship.  There’s no Baha’i marriage of gay people, but that doesn’t mean someone cannot have their own marriage with their own church, in fact that is their right by God.  So keep it up! Equality is paramount and our world has had issues, violent issues with our relationship to sex, LGBT, and love period.

I personally believe this issue, though important, to be completely driven by special interests to divide people by lines of MISSCOMMUNICATION. If we were real about marriage equality we’d just enforce separation of Church and State… since that’s out of the dialogue I see and we’re still pandoring to the State for shtuuuuf they have no jurisdiction to give us or have, I am doubly oponionated that this effort is not complete… and possibly not timely.

1/3 American children are on food stamps. We have an impending economic crash, every day 200 species go extinct, and we’re looking at 10,000,000 of environmental refugees within the forseable future. There’s a war in Syria brewing with global players already involved, Iranian Guardsman and Russians troops and US money.

I realllly hate to say it but can we prioritize? I can’t stand the videos of young men in Syria suffocating from poisonous gas, to see young children shot up, bloodied, and to know 1/2 of all our food is thrown the hell away.  We as movement makers need to help steer the discourse.  Let’s do it responsibly, Separation of Church and State, solidarity to common efforts of equality, let’s love humankind as one family and do away with the man. 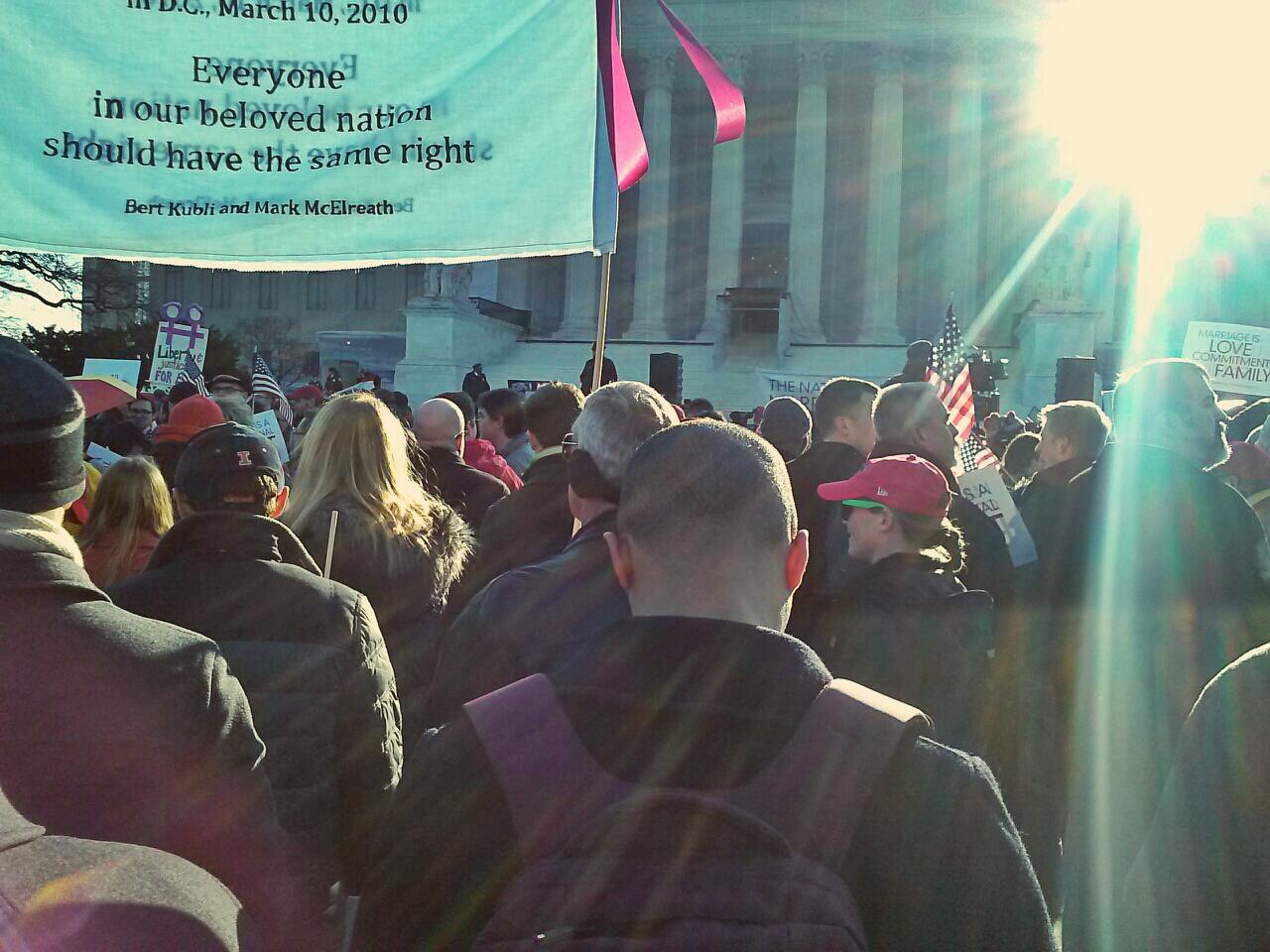