My inspiring source of confusion came when the White House randomly announced a new country as a “major threat to the US”.  ¡¿Venezuela?!  Then it dawned on me when I found out, apparently, six days before this crazy announcement, Venezuela declared Bush and Cheney to be terrorists and banned them from entering Venezuela.

It just seems like another bread crumb trail leading to the rat hole, tick cave, Golem pit wherever Cheney is hiding.  Another crumb in this path to Cheney, is the unfathomable disparity between Obama’s words and the White House Policy. The one reflects a hopeful presidential candidate in 2004, and the other is nothing more than a repeat of the 2001 Bush / Cheney chaos doctrine.

““Tonight, for the first time since 9/11, our combat mission in Afghanistan is over.” These were opening words of Obama’s 2015 State of the Union address. In fact, some 10,000 troops and 20,000 military contractors (mercenaries) remain in Afghanistan on indefinite assignment.

“The longest war in American history is coming to a responsible conclusion,” said Obama. In fact, more civilians were killed in Afghanistan in 2014 than in any year since the UN took records. The majority have been killed — civilians and soldiers — during Obama’s time as president.

The tragedy of Afghanistan rivals the epic crime in Indochina. In his lauded and much quoted book,The Grand Chessboard: American Primacy and Its Geostrategic Imperatives”. – John Pilger

Then there’s the rat tail hanging out of the rat hole, masterfully detailed by Jeremy Scahill in “Dirty Wars” which details the kill list pioneered by Dick Cheyney and Donald Rumsfeld, which is has now expanded into the unconstitutional, and Geneva Convention violating drone warfare now hitting over 47 countries in the last 4 years (according to Greg Palast), which the Obama Administration has only advanced.

Oh and there’s the video of the rat going into the hole, with Wesley Clark’s explanation of the project for a New American Century… which the US eerily close to implementing.  God willing, the negotiations by the Obama Administration can release this specter of warfare that has infected America since Dick and Bush robbed the world of the United States helm in 2000 (after Gore won the popular vote, and would have won Florida had 250,000 African American voters not been illegally barred from voting).

If ya haven’t seen this video – it’s essential viewing for any lover of this Nation.

It’s hard to believe that Dick Cheney couldn’t be the one calling the shots… he’s the one who implemented the drone kill list… when ya have the trigger, and the money, you can shoot your best friend in the face and get away with it.

What kind of people is Dick shooting with drones?  Might it not pervert any National governance and diplomacy if there was a rouge, and known, kill list being operated by an already corrupted intelligence agency, taken over by a former administration… I share to all Americans, with nothing but contempt for the disease of political parties… I am not saying Obama is a good person, or president.  I am saying that we know who began the eradication of the Constitution, and we can’t ignore it any longer, or point the finger at anyone but ourselves for letting it happen.  How do we deal with the Darth Vader now holding too much of the military contracts, and with a hand writing the kill list. 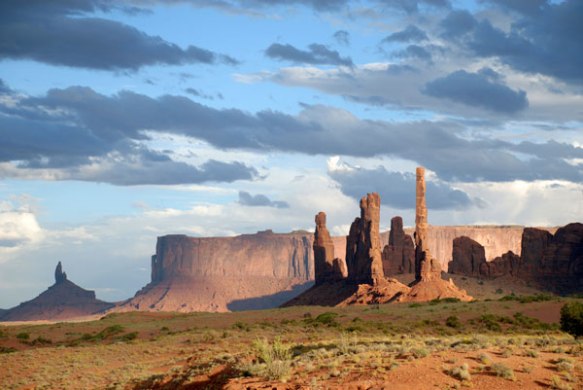 the last place my Grandfather – Edward T Hall Jr – took photographs … before he had his stroke, caused by trying to translate… the most civilized cultures to the American vulture… that could be an Eagle, if it lived by it’s principle… given by the Onondaga elder’s who’s wisdom via Peace Keeper is invincible

Hopi land is rich, rich with true wealth, tradition, language that will give life after the ice caps melt, that’ll help all the lost people, stay upright. keep love in the heart – we’re together, one family, all sides of Mother Earth, where it’s light and where its night

The only thing worth abandoning, is the lower materialistic self and BIA unhealthy help that prays off our missed prayers, dawn sun reunion stairs, trust the Haudenosaunee door keepers and their belts, for the US bells n whistles that are disguised pistols and missing missile pixel thistles needing brain surgery from medicinal spiritual journeys that require multigenerational learning curves and non english words to break it’s absurd spell in the downward spiral.

Keep the language strong, let it grow, because it’ll come in handy when the second dust bowl hits the West Coast, and millions will start comin through in droves, wishin they we’re on the Two Row wampum boats, unable to float on the broken McGiver skills given through radio wave lines, nothing can compare to the traditional wisdom keepers who never compromised.

your beautiful culture is keeping the people of our Mother planet alive – diversify, spiritualize, serve life… all I know is it’s time for human union, so let’s get some more fry… bread … 😛