Address the Spiritual root and then reclaim our rights and responsibilities – with the Local Bill template. The first is between you and God, the later for the pragmatic mob. Props to Occupy London and the Community Environmental Legal Defence Fund for pioneering this innovative legislation. Props to Canupa of the Lakota for teaching us to EXERCISE our rights or LOSE THEM, and for Charmaine White Face for showing Crazy Horse patience and love in the face of Tyrany.  Thanks to God for stability.  Thanks to Occupy organizers for raising the flag of “Gun Control” with Occupy the NRA.  A message of urgency to Libertarians, Tea Partiers, Veterans, and Indigenous Leaders… reclaiming the lessons the Onondaga elders shared the Founding Revolutionaries – “you will accomplish nothing until you unify”.

May the Creator guide us all, in every movement, to wage peace, lovingly, and put this Constitution to use.  In the process let us have the fortitude not to be confused… this militarized police state is not for anyone’s protection… this 76 page lawsuit by Lt. James Pietrangelo details how the Boston Bomb could have been stopped if the US Military Cops hadn’t been wasting billions of tax dollars destroying our First Amendment Right.

I can attest to that fact, being beaten by the the million dollar raid on Occupy Liberty Sq… 10,000’s of New Yorkers took to the streets and were beat… to defend our courageous act to speak.  I know the Tea Party and Libertarians and First Nations attest to the same tyrannical discrimination.  And control of our guns, food, and treaties touch every single issue… Do we decolonize or lay aside and let the nation metasticize. 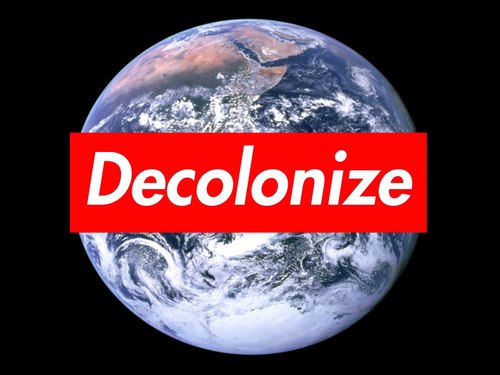 I know on which side I lay.. we’ve been asleep too long and the glory of what we shall bring, to make all humanity nobility, cannot be scene by the weak.  Next steps of the movement, are evolution, no more streets.  Meems, not beatings.  Livestreaming not pleading… Holy teachings, not screaming.  Being not dreaming